Since 2015, the Coastal Resilience Center (CRC) partners have taught more than 50 courses and had more than 2,200 enrollments in supported courses. CRC students have opportunities to present their work at national conferences, to be part of unique summer research exchanges and to work in summer internships closely related to the homeland security workforce they hope to join upon graduation.

In addition to our summer exchange programs (and winning awards for their work at the 2019 Centers of Excellence Summit), here are some highlights of students’ experiences in 2019: 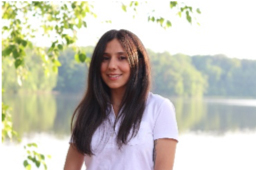 “As part of this internship I had the unique opportunity to work with FEMA as they are developing their new mitigation grant program ‘Building Resilient Infrastructure and Communities’ (BRIC),” Vilá said. “Both AECOM and FEMA employees were incredible resources as I navigated through my first professional experience outside of a university setting. Alongside the many opportunities to learn, I was able to leverage my interest in disaster research and my skills in qualitative data analysis to contribute to the development of the BRIC program.”

Her primary responsibilities were to manage, analyze and report on data collected through FEMA’s stakeholder engagement efforts, and to determine how many communities qualified as “small and impoverished” – and therefore eligible for different cost-sharing support than larger communities – under FEMA’s current Pre-Disaster Mitigation guidelines.

“This has been one of the hardest-working summers I have ever had – one which has opened new doors I look forward to exploring, and one which has undoubtedly altered my professional aspirations,” Vilá said. “This summer has been critical to my growth as a professional and has profoundly influenced my research interest and confidence as a researcher.”

CRC students’ connection with AECOM is well-established – the firm also employs former CRC students from The University of North Carolina at Chapel Hill Margaret Keener and Ashton Rohmer, the latter of whom was an Education & Workforce Development Grant recipient through CRC. 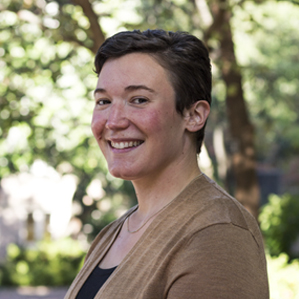 Former UNC-Chapel Hill doctoral student Amanda Martin, who has been involved in multiple CRC projects during her program, was hired as Deputy Chief Resilience Officer with the North Carolina Office of Resilience and Recovery (NCORR) in May 2019. NCORR, which is housed within North Carolina’s Department of Public Safety, administers funds received by the state through the U.S. Department of Housing and Urban Development’s Community Development Block Grants for Disaster Recovery Program, in partnership with the N.C. Department of Commerce. Martin’s focus is housing projects in communities impacted by the state’s recent major storms – hurricanes Matthew, Florence and Dorian.

Related to CRC, Martin formerly worked on a housing recovery project as part of the Hurricane Matthew Disaster Recovery and Resilience Initiative (HMDRRI) led by then-Director and CRC Principal Investigator Gavin Smith. She was also director of the Southeast Disaster Recovery Partnership (SDRP), a program funded by the National Oceanic and Atmospheric Administration (NOAA). 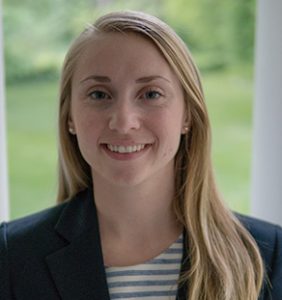 As part of her fellowship, she will be working at the U.S. Army Corps of Engineers headquarters in Washington, D.C., over the next year.

Straub studied under CRC Lead Investigator Rick Luettich and received her master’s degree from the Department of Marine Sciences in 2019.

Recent Ph.D. recipient Amanda Tritinger, who worked on CRC-supported work with Don Resio, won an Outstanding Student Presentation Award at the AGU’s fall meeting in December 2018. Tritinger’s award was for her presentation, “The Influence of Vertical Current Structure on Open-Coast Surges.”

After graduating in 2019, Tritinger is working as a Hydraulics Research Engineer at the Coastal Processes Branch within the Coastal & Hydraulics Laboratory at ERDC in Vicksburg, Miss. 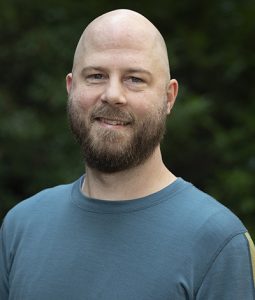 For seven weeks over the summer, UNC-Chapel Hill graduate student John Ratcliff, who supports a project led by CRC Lead Investigator Rick Luettich and is supported by Education & Workforce Development Grant funds, worked on a project team with other graduate students as part of the Consortium of Universities for Advancement of Hydrologic Science, Inc. (CUAHSI) National Water Center Innovators Program Summer Institute at the NOAA National Water Center in Tuscaloosa, Ala. The program aims to develop enhancement for the National Water Model, including connecting the model to coastal waters using a hydrodynamic coastal model.

“During the summer program I worked on a theme of ‘coupled inland-coastal hydraulics,’” Ratcliff said. “Our team used idealized coastal domains with varied model inputs to investigate model output variability to gain insight into model sensitivities as well as physical processes and their contribution to total water levels in coastal areas.”

Ratcliff’s work with Dr. Luettich has focused on modeling compound flooding with the ADCIRC model by studying Hurricane Florence, which impacted North Carolina with both high storm surge and extreme precipitation. This research will be used to enhance National Water Model capabilities.

Dr. Trung Do, who was a CRC-supported doctoral student and then post-doctoral researcher at Colorado State University (CSU) led by John van de Lindt (CSU), began working at the University of Louisiana-Lafayette as a visiting assistant professor in the fall semester of 2019. Do had been a part of CRC work since 2015. 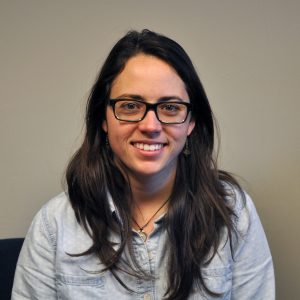 Former Education & Workforce Development Grant recipient Lea Sabbag contributed significantly to a report,  “Guidance for Disaster Recovery Preparedness in Hawai’i,” which was released this year. Sabbag, who is cited alongside her former faculty advisor Gavin Smith from UNC-Chapel Hill, is cited in the report as having “la[id] the groundwork for this project through her 2016 fellowship and white paper for Hawai’i Sea Grant and Maui County Planning Department.”

The guidance document is intended to help state and county agencies establish recovery practices and protocols before a disaster hits. Its guidance will enable communities to recover quickly while also improving resilience to future disasters, adapting to climate change and sea-level rise, and protecting sensitive environments.

Recent UNC-Chapel Hill graduate student Sara Edwards, who worked as a communications and research assistant at CRC from 2018-2019, was a science-writing intern at the American Geophysical Union. She wrote multiple posts for the AGU’s blog during her internship.

Former UNC-Chapel Hill students, who in addition to being part of a CRC-supported certificate program worked on the Hurricane Matthew Disaster Recovery and Resilience Initiative (HMDRRI) in 2017, moved to new positions in 2019.

2017 graduate Ashton Rohmer began a job as an Urban Planner at AECOM, after working as a consultant with the firm since graduation. Meredith Burns began working as a Recovery Planner with South Carolina Emergency Management in September 2019. Prior to that, she was a Regional Planner for the Lowcountry (S.C.) Council of Governments.