Todd Davison managed the Gulf, Southeast and Caribbean Region for the NOAA Office for Coastal Management (OCM) since 2006, retiring in 2018. 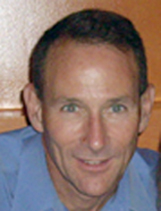 A native of Baton Rouge, LA., Davison was named Director of the FEMA Region IV Mitigation Division in 1996. From 1986 to 1993 he managed the Technical Assistance and Compliance Branch at FEMA HQ.  Prior to then he was employed by the Louisiana Department of Natural Resources for five years in floodplain and coastal zone management programs. Davison holds both bachelor’s and master’s degrees in physical geography and geology from Louisiana State University and completed other graduate work at the University of Maryland.

He has authored or co-authored more than 40 state, trade association and agency publications pertaining to floodplain management, coastal hazards and post-disaster mitigation, including numerous publications in peer-reviewed, scientific journals.

Awarded a FEMA Congressional Fellowship in 1989, he spent a year in the office of the ranking member of the House Banking Committee drafting legislation that ultimately became the National Flood Insurance Reform Act of 1994.

Davison has directed mitigation operations following Hurricane Iniki in Hawaii in 1992, the Houston floods in 1994, Hurricanes Fran, Bonnie and  Floyd in North Carolina in the late 1990s, the Florida hurricanes in 2004 and Katrina in 2005.