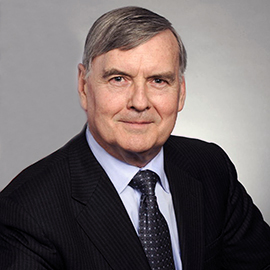 THIS EVENT HAS BEEN CANCELED

Dr. Murdock is the Allyn R. and Gladys M. Cline Professor of Sociology at Rice University. He previously served as Director of the U.S. Bureau of the Census having been nominated for the position by President Bush and unanimously confirmed by the U.S. Senate in 2007 and serving until the change in administration in January of 2009.  Murdock was a Regents Professor and Head of the Department of Rural Sociology at Texas A&M University where he led the Texas State Data Center.  Dr. Murdoch also served as the former State Demographer in Texas.