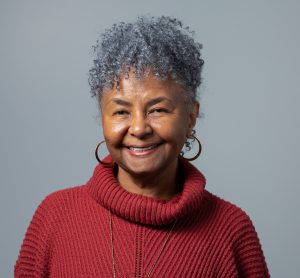 Norma Doneghy Anderson is founder and president of the William Averette Anderson Fund (BAF) for Hazard & Disaster Mitigation Education and Research, established to promote the study of mitigating the impact of disasters and hazards on vulnerable and underserved populations in the United States.

The Fund facilitates a successful graduate school experience for historically underrepresented PhD students. The focus is to significantly increase the number of persons of color who perform research, are educators, practitioners and research funders in hazards and disaster mitigation. The Bill Anderson Fund is fondly named for her late husband Bill Anderson, who dedicated his career to mitigating the impacts of disasters and hazards.

Norma Anderson has spent more than four decades in leadership positions in education, corporate communications and administration, training, IT consulting, sales and supply chain management. She is a recognized leader in creating successful programs that help build the skills and career opportunities to under-served and under-represented urban communities.

Before founding the William Averette Anderson Fund, she was CEO of SalonVoices, Inc., a privately held marketing firm established as a platform for delivering core competencies to under-served and under-represented urban communities including health, parenting, financial literacy/management and voter registration and literacy. Prior to that Anderson was acting executive director of BOBSA whose mission is to establish African-American and black-owned beauty supply stores nationally and internationally.

Anderson was a consultant with Swath Leadership, Inc. and to the U.S. Department of Agriculture, where she created and implemented a U.S. Congressional panel for the Food and Nutrition Summer Institute sponsored by the USDA Human Nutrition Research Center.

Before her work for the USDA, Anderson was director of state organizations and alliances and a senior management partner with Leadership America, Inc. There, she implemented a new governance model of operations and was liaison with legal representatives to design original charter agreement between state affiliates and the national organization. At Leadership America, she also managed the annual American Issues Forum comprising sessions held throughout the country for a class of more than 100 senior executives with nationally renowned speakers and panelists including members of the U.S. Congress, White House senior staff and senior corporate, federal and nonprofit executives.

Prior to that, Anderson’s list of professional accomplishments include:

• Board Vice Chair to UrbanEd, Inc.

• Volunteer to WomenVote2000 where she co-developed programming for the Democratic and Republic convention attendees and worked in the Obama Get Out the Vote campaign in Lima, Ohio.