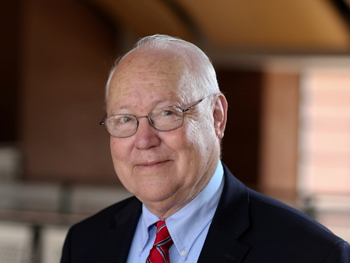 A registered professional engineer, Dr. Whalin holds a bachelor’s degree in physics from the University of Kentucky, a master’s degree in physics from the University of Illinois and a Ph.D. in oceanography from Texas A&M University. Prior to his service with the USACE, he worked six years in southern California for Tetra Tech Inc., National Engineering Science Co., Interstate Electronics Corporation and Hughes Aircraft Co. Dr. Whalin is a renowned coastal engineer, widely recognized for pioneering experimental research of wave transformations in convergence zones and for innovative coastal models of long waves and non-linear wave transformations in harbors, bays, lagoons and estuaries. His JSU research since 2003 has focused on coastal natural hazards and engineering education. He has authored/co-authored more than 100 journal, conference or symposia publications and technical reports.